Photos: 28 brand-new images from The Force Awakens to keep you tied over for the next month

We're into the final stretch now, folks. It's within our grasp.

Four days and one month. That's all it is. When you say it like that, it's nothing. We need to savour this anticipation because we're probably never going to be a part of anything like it again.

So, while we're all counting down, a glut of new images landed online thanks to Entertainment Weekly that gives us a closer look at Han Solo's fashion sense almost forty years on and a better look at the new, kick-ass looking Stormtroopers.

Is that a collapsing stand for that one's blaster? Is there an IKEA in space? If there is, they're definitely a part of the Galactic Empire / New Order. We're also noting a distinct lack of Luke Skywalker in ANY of these images, which again leads us into all sorts of possible theories as to why. We do know that JJ Abrams specifically said he was absent for a reason, meaning that it's obviously a key plot point.

Anyways, enough preamble. Check out just a sample of some of the images below. If you want to check the full list, peep 'em here. 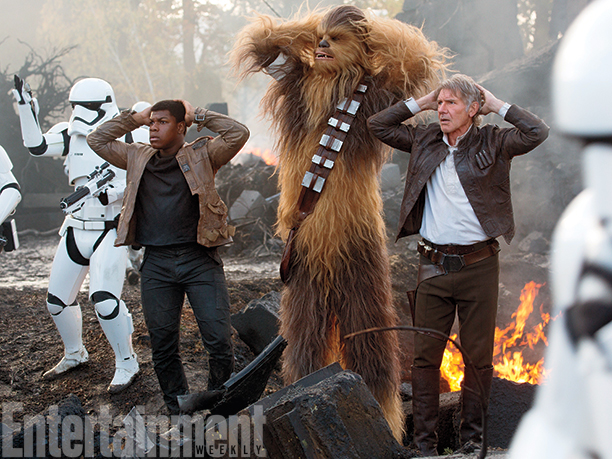 "Now, remember, it was like that when we got here.... Yes, officer! It just exploded all by itself!" 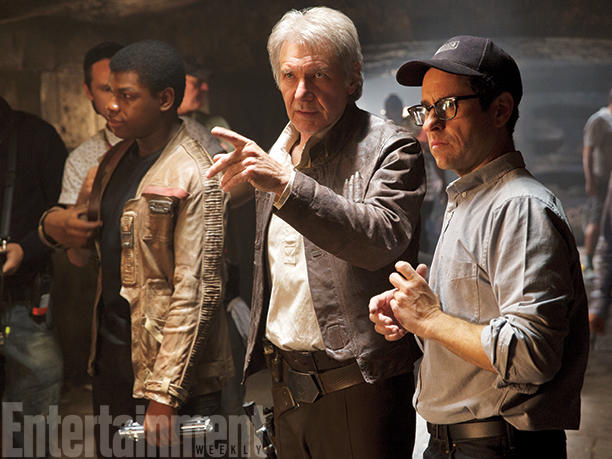 It's contractually obligated that Harrison Ford has to point at more than three people on-screen in any film he stars in. 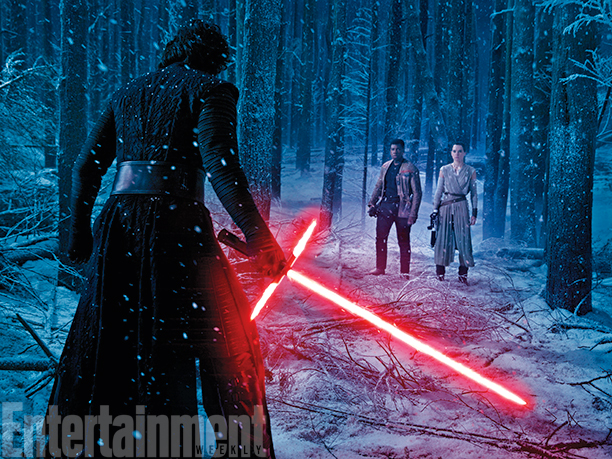 Note that Kylo Ren's not wearing his mask. Is that a look of shock on the faces on Boyega and Ridley? Shock because he's disfigured or... because he's familiar? DUN DUN DUNNNNNN. 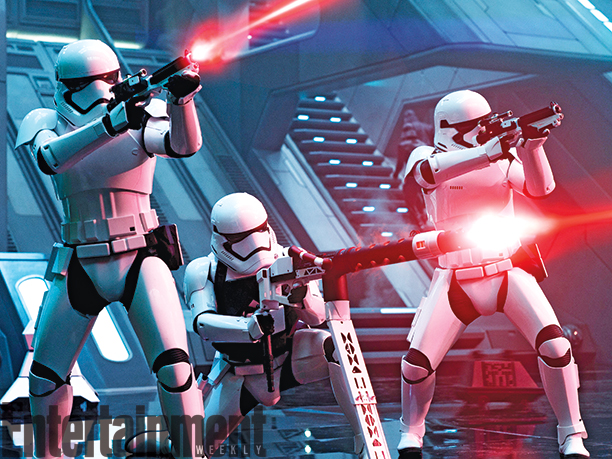 Shout-out to the guy on the right who's making the effort using the sight on his rifle even though there's no way he can see through it whatsoever. 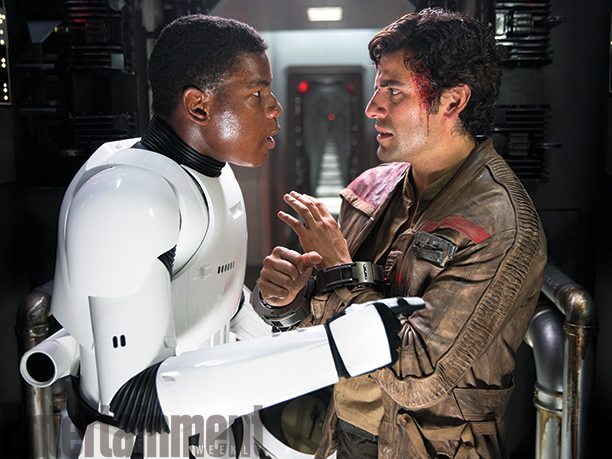 "BRO, WHERE DID YOU GET THAT JACKET?" 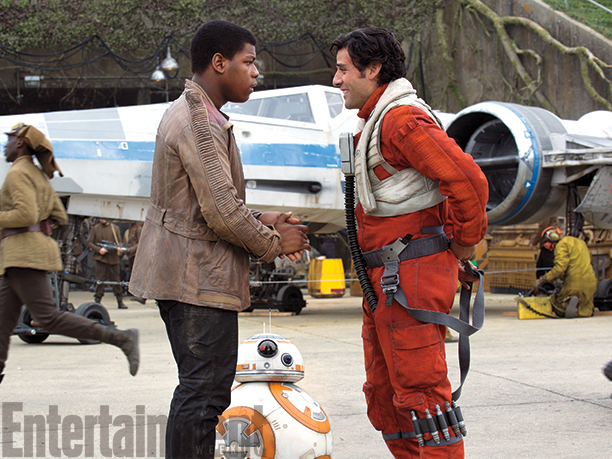 "BRO, I TOTALLY GOT THAT JACKET! FRIENDS?!" 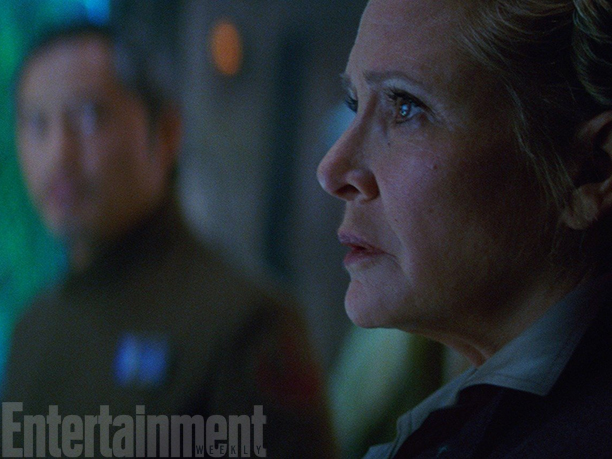 Can we all recognise that Princess Leia's brow game is incredibly strong? 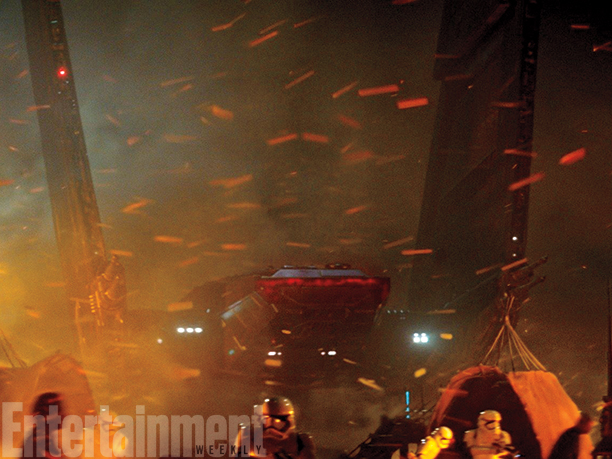 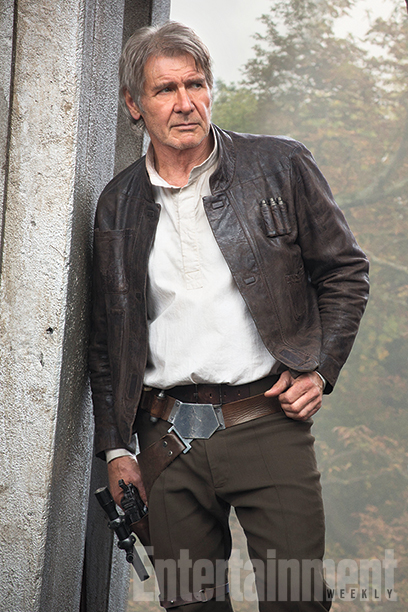 You will never be this cool in your life, so don't even try. 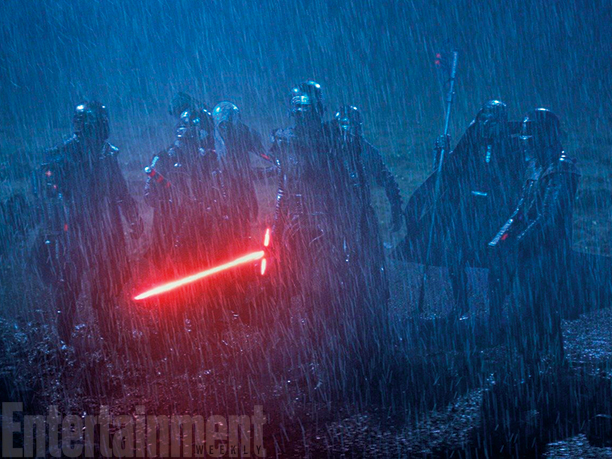 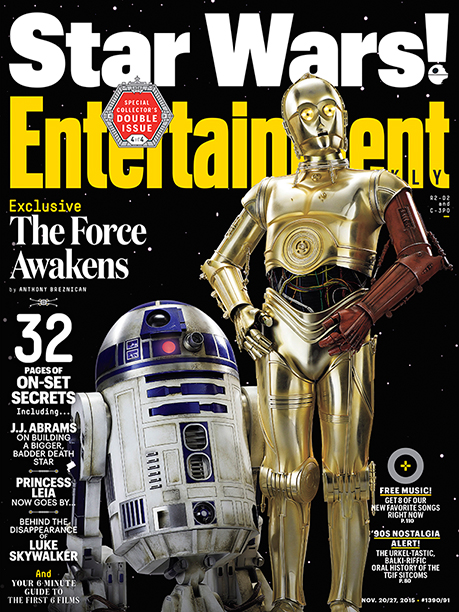 Artoo! Threepio! Something about Urkel?