Did you spot this original 'Jumanji' cast member in the new movie?

It's not Kirsten Dunst or Bonnie Hunt...

'Jumanji' will always have a place in every 80's and 90's child's heart, especially those of us who were lucky enough to see it on the big screen when it released in cinemas in 1995.

And although Robin Williams has sadly passed away, the legend still lives on with two new reboots based on the deadliest board game ever created gracing our screens. And it turns out that the most recent of which had a cameo appearance that you might have missed.

If you haven't seen the movie yet, then be aware that spoilers for 'Jumanji: The Next Level' are below.

'Jumanji: The Next Level' saved a surprise cameo appearance until the very end, when actress Bebe Neuwirth returns as Nora Shepherd. 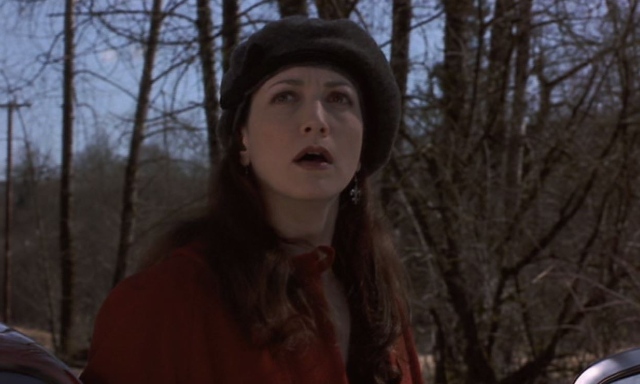 'Jumanji: The Next Level' had a cameo appearance from Bebe Neuwirth, who played Aunt Nora in the original 1995 movie.

Neuwirth plays the highly-stressed-out aunt of Judy (Kirsten Dunst) and Peter (Bradley Pierce) in the original, a character who intends on turning their mansion into a bed and breakfast.

However, due to the outcome of the original film, and the fact that the mansion gets totally trashed (before the resetting of the timeline), it was unclear if she ever got to fulfil her dream - but 'Jumanji: The Next Level' confirms her fate.

The new entry in the series sees Aunt Nora get her wish in a slightly different way, with her taking over the restaurant founded by Danny DeVito and Danny Glover's characters Eddie Gilpin and Milo Walker. So her ending wasn't as bad as we originally thought, and she got her happy ending eventually.

In case you've forgotten, here's Neuwirth in the original movie having a spot of bother with a rather destructive tree.

Given that Bebe Neuwirth returned 25 years after first starring in 'Jumanji', it'll be interesting to see what the planned sequel, 'Jumanji 4' has in store for us. Could there be some more cameo appearances from other members of the original crew? Here's hoping.