Don't be surprised if there's some kind of companion photobook with the Blu-Ray.

Todd Phillips has posted a series of behind-the-scenes photos from 'Joker' as the movie clocks closer to the billion-dollar mark.

The photos, taken by set photographer Niko Tavernise, cover everything from the very early make-up tests with Phoenix, right up to the movie's final moments and even (gasp) an Easter egg alluding to Catwoman. But Todd Phillips said there weren't going to be any?!

Anyway, some of these are pretty cool, especially the one with Robert DeNiro on the set with Phillips, not to mention the laminated card Phoenix's character hands out to everyone whenever he laughs. 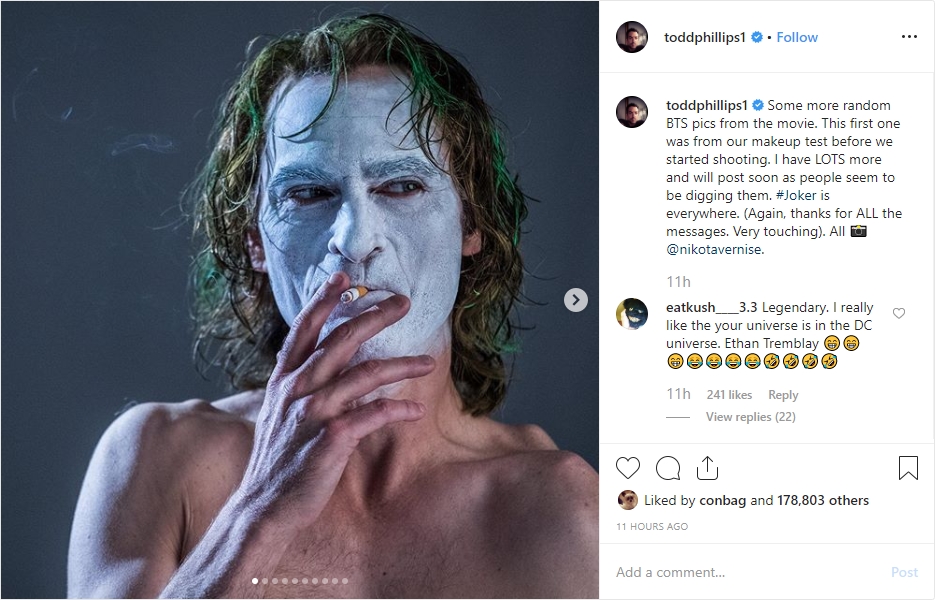 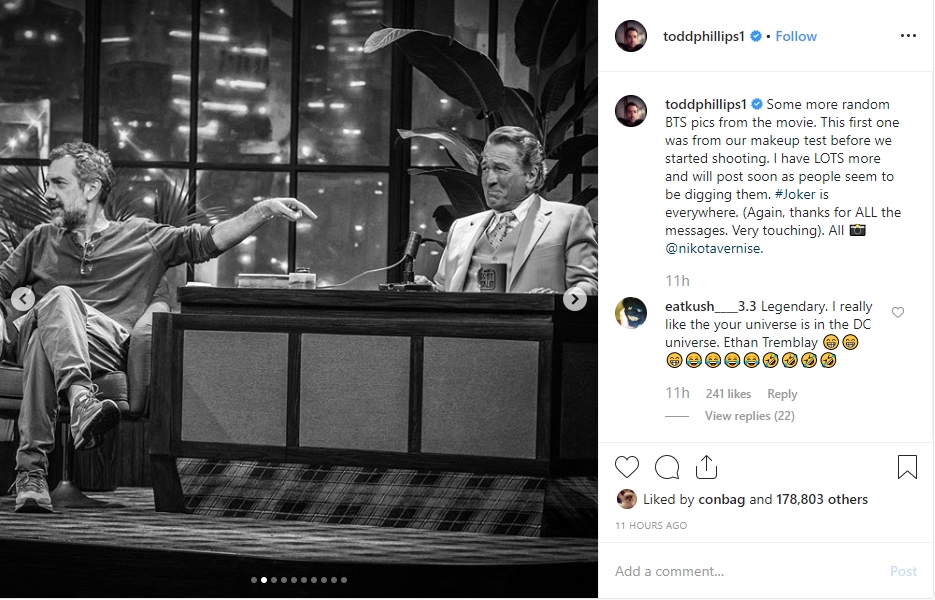 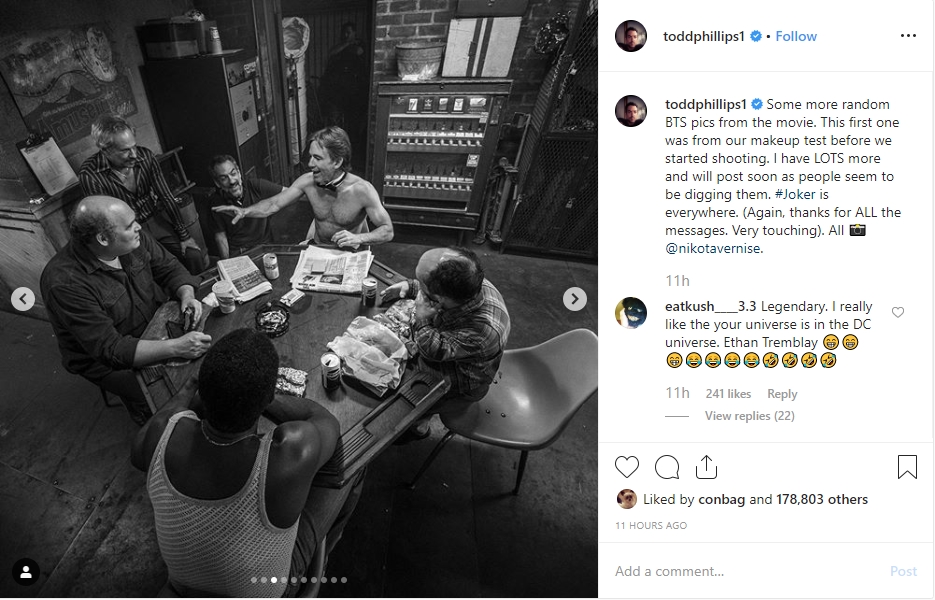 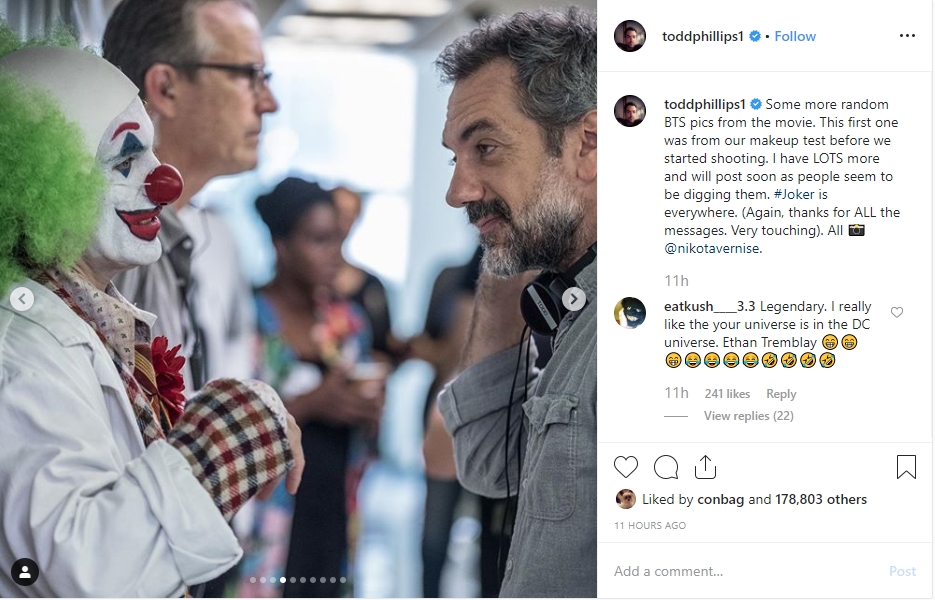 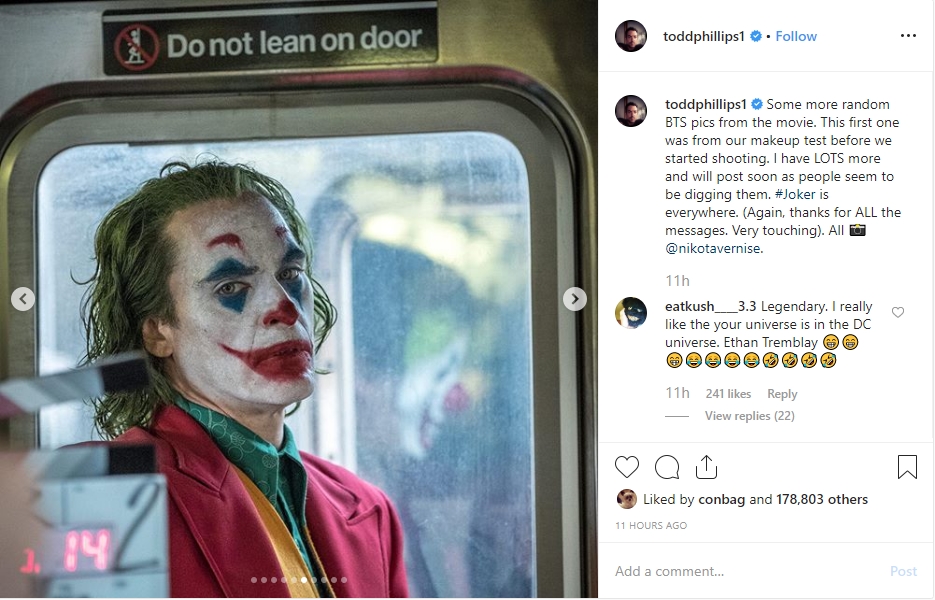 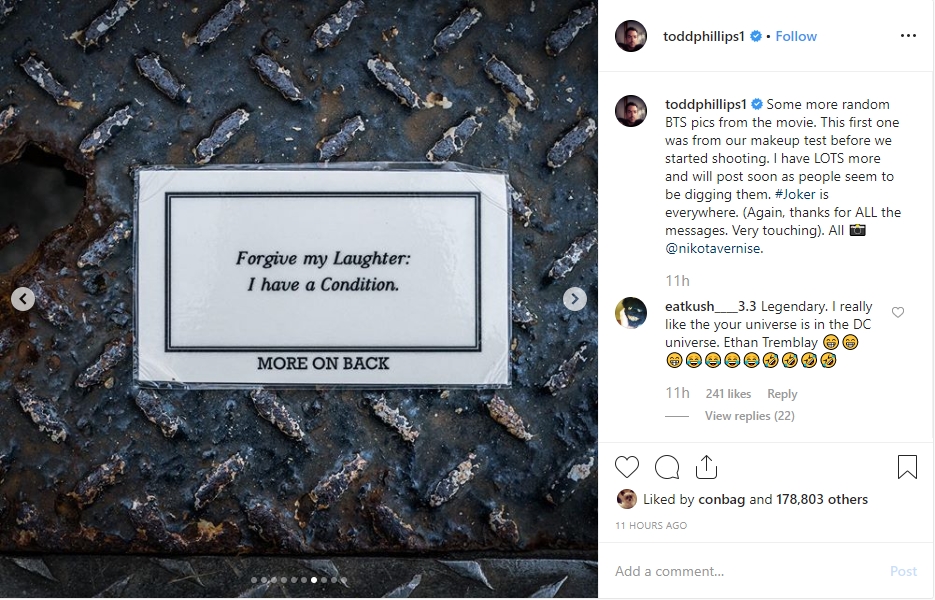 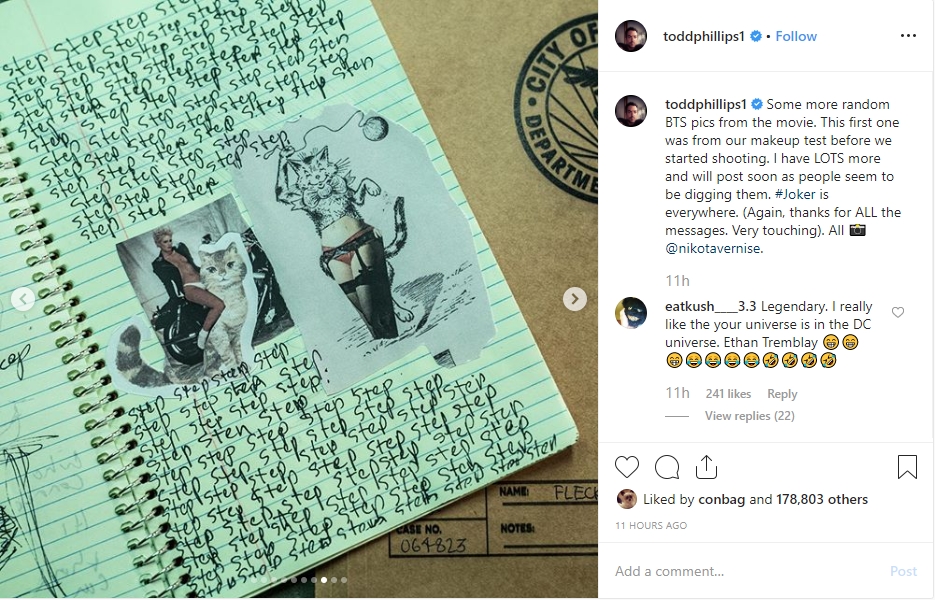 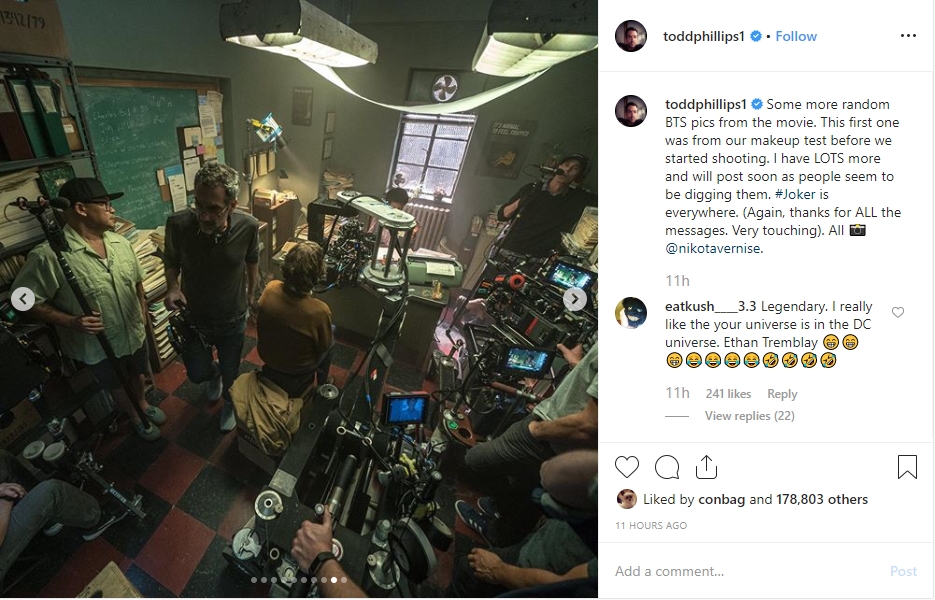 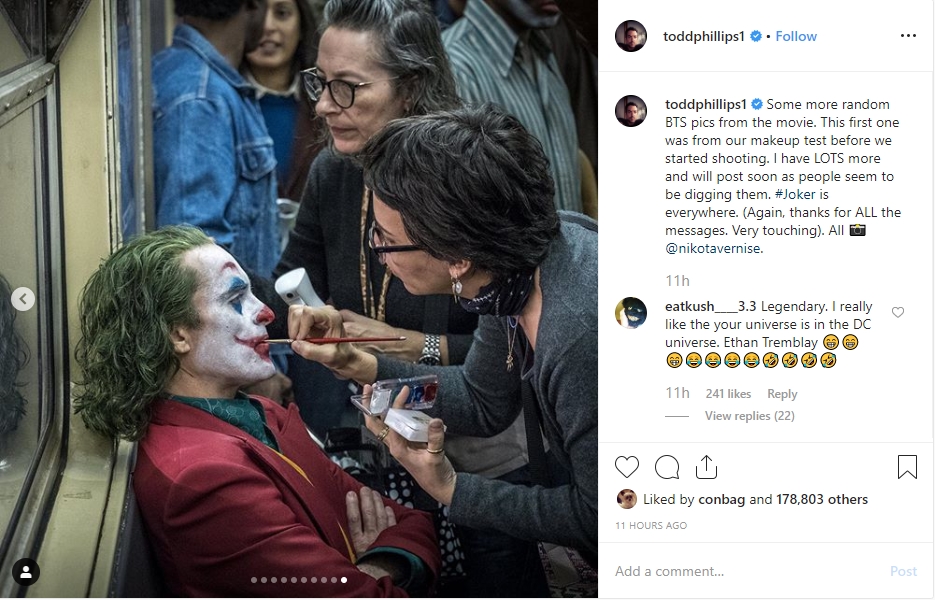 10 of the Best: Movie Plot Twists