First pictures of 'Us', Jordan Peele's follow-up to 'Get Out' have been released

'Us' is set to release in March

Jordan Peele's hotly anticipated follow-up to 'Get Out,' 'Us,' has released the first images of what we can expect.

Entertainment Weekly have revealed the new images of 'Us,' and it seems like another climactic movie is on the cards - and we can't wait.

Peele tells EW, "For my second feature, I wanted to create a monster mythology. I wanted to do something that was more firmly in the horror genre but still held on to my love of movies that are twisted but fun." 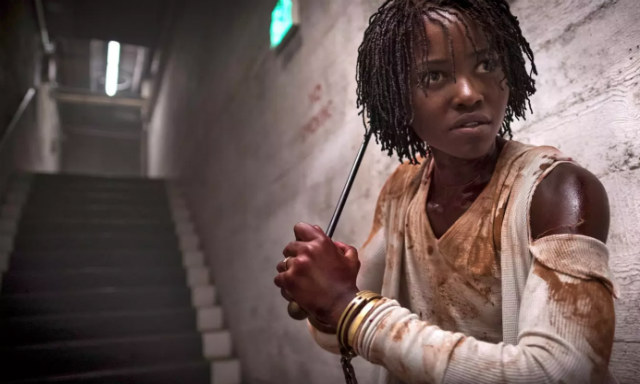 Lupita Nyong’o in 'Us'

Although there's aren't too many details about Peele's upcoming horror, we do know some basic plot points that have already given us chills.

The story is set in the present day, and follows Adelaide and Gabe Wilson (Lupita Nyong’o and Winston Duke) as they take their kids to Adelaide’s old childhood beachside home in Northern California for the summer. Adelaide is haunted by a lingering trauma from her past, and begins to become increasingly paranoid. As night falls, the Wilsons see four figures standing silently at the bottom of their driveway.

Speaking on her involvement in Peele's second directorial outing, Nyong’o said "He was on my wish list of people to work with. The very fact that I have not done anything like it was appealing, because it promised growth and excitement and new territory."

Just last week, Peele released the first poster of 'Us' on his Instagram page. He also revealed that the trailer "drops Xmas", so at least that's something to look forward to watching on Christmas Day.

'Us' will be released in cinemas on March 15th.

Don't be surprised if 'Tenet' is pushed back again

There's a documentary on the way about Pepe the Frog

Viola Davis believes she "betrayed herself" starring in 'The Help'