'The Sopranos' prequel movie is set for a September 2020 release, but what's it all about?

'The Sopranos' has been rightfully hailed as one of the cornerstones of the Golden Age of Television, with its searing performances by James Gandolfini, Lorraine Bracco and Edie Falco, the behind-the-scenes drama, and how it impacted and influenced popular culture around it.

To this day, it's synonymous with prestige television - so the idea of a prequel movie might seem like it's more than a little strange. For one, 'The Sopranos' was so closely associated with television, so why make it into a movie? More to the point, how can you hope to replicate the impact, built up over episodes and seasons, of the original?

With all that in mind, here's everything we know so far about 'The Many Saints of Newark'...

First off, what's up with that title?

Yeah, that one has us scratching our heads too. Newark was, of course, a heavily Catholic neighbourhood and 'The Sopranos' had some key scenes set in or near churches. In fact, one episode saw Tony reveal how his descendants were stonemasons who helped to build some of the churches around Newark and New Jersey. Another theory, however, refers to Dickie Moltisanti and his son, Christopher Moltisanti. The surname 'Moltisanti' means 'Many Saints' in English, so it could well be that the Moltisantis were the family referenced in the tagline. Speaking of...

What's 'The Many Saints of Newark' about?

The official poster for 'The Many Saints of Newark' landed online some time ago with the tagline, "Only one family ruled the streets of Jersey in '67...", with the implication being that they're talking about the Soprano family. The movie is understood to be set during the Newark Race Riots of 1967, where over a four-day period of rioting and looting, 26 people died while hundreds were injured. The riots broke out after a black cab driver - John William Smith - was arrested and beaten by two Newark police officers, John DeSimone and Vito Pontrelli. 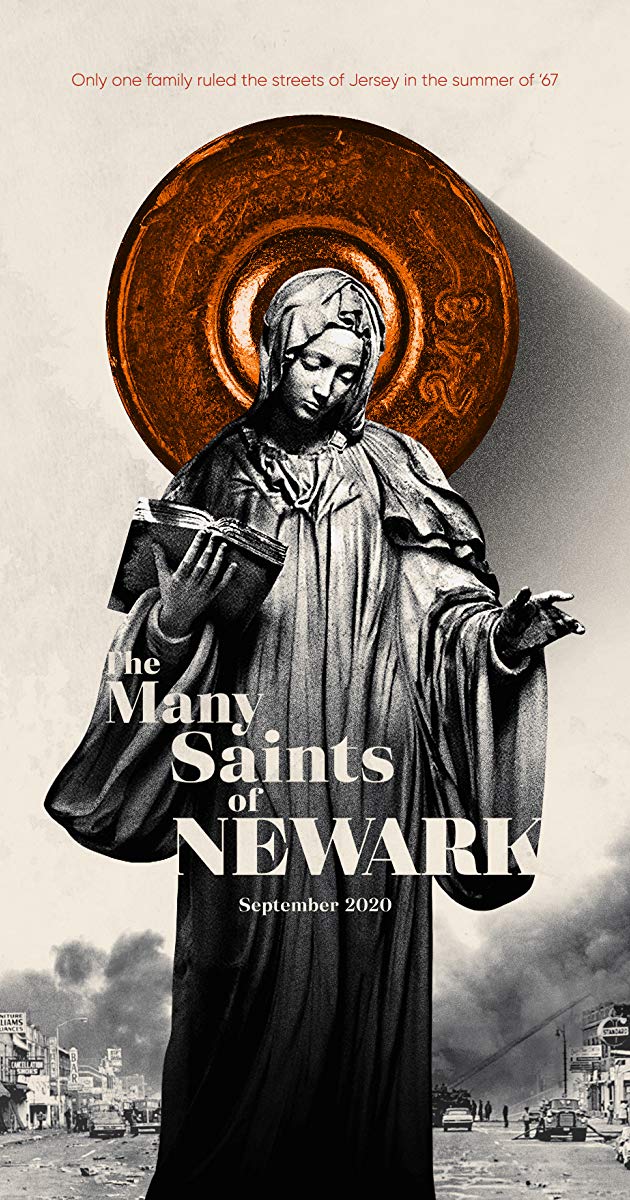 The official poster for 'The Many Saints of Newark'

Rumours spread throughout the community that Smith was beaten to death by police officers, and during a rally on July 12th to protest police brutality, looting and rioting broke out. Some police officers were issued shotguns and by 1AM that night, the US National Guard and state police were on the streets of Newark. As far as specific plot details go, there hasn't been a whisper about it online, but leaked set footage shows that the Newark race riots will play a significant part in the story.

So if 'The Many Saints of Newark' is a prequel, will we see some familiar faces from the series?

Yes, but far younger than you would have seen in the series.

Michael Gandolfini, the son of James Gandolfini, is set to play a young Tony Soprano. Corey Stoll, who you'll remember from 'House of Cards', 'Ant-Man' and loads of other things, is set to play Corrado "Uncle Junior" Soprano, played in the original series by Dominic Chianise. Vera Farmiga will be playing Livia Soprano, Tony's hellish and controlling mother, who was played in the original series by Nancy Marchand. Meanwhile, 'The Punisher' star Jon Bernthal will play Giovanni 'Johnny Boy' Soprano, Tony's father.  Although never actually seen in the series but referenced multiple times, Dickie Moltisanti - Christopher's dead father - will be played by Allesandro Nivola.

Look what popped up op Facebook......."The Many Saints of Newark" pic.twitter.com/7cpenyHPi6

Michael Gandolfini as Young Tony has me fucking SHAKING! pic.twitter.com/Jliuyd1jkb

After that, it's anyone's guess as to who will turn up in 'The Many Saints of Newark'. The likes of Paulie Walnuts, Carmine Lupertazzi, Janice Soprano, Tony Blundetto, Jackie and Richie Aprile, Carmella Soprano (or Carmela DeAngelis, as she would have been known then) will likely turn up in some shape or form, but it's impossible to know at this point who's playing who. Rumours persist that 'Orange Is The New Black' / 'Umbrella Academy' alum John Magaro will be playing Silvio Dante - played in the original series by Steve Van Zandt - but there's been no confirmation.

There'll also be some familiar places from the original series featured as well. For example, Satriale's - the butchers that featured heavily in the series - was recreated in downtown Paterson, New Jersey for some scenes.

Is Ray Liotta going to be in it?

Yes, that's right, Henry Hill himself - Ray Liotta - will have a role in 'The Many Saints of Newark'. So far, it's not clear what role he'll be playing or how significant it will be, but yes, Ray Liotta is confirmed to join the cast. What's slightly funny, however, is that Ray Liotta and 'Goodfellas' was referenced multiple times in 'The Sopranos' itself. For example, in the first season, Tony Soprano killed a mob informant Febby Petrulio, with references to Henry Hill, who himself turned informant at the end of 'Goodfellas'.

Christopher Moltisanti also made multiple references to Henry Hill and Ray Liotta throughout the series, not to mention Martin Scorsese turning up for a blink-and-you'll-miss-it cameo in one of the early seasons.

Who's writing and directing it?

One of the most experienced directors of the original series, Alan Taylor, is behind the camera as director. All told, Taylor directed nine episodes of the series, from the first season right through to the final season. He's also directed multiple episodes of 'Game of Thrones', 'Mad Men', 'Sex and the City', and the likes of (gulp) 'Terminator: Genisys' and 'Thor: The Dark World'.

The script, meanwhile, was penned by 'The Sopranos' creator David Chase, together with Lawrence Konner. Konner also wrote three episodes of the original series, and has writing credits on stuff like 'Boardwalk Empire', 'Roots', not to mention '80s classic 'Jewel of the Nile' and 'Star Trek VI: The Undiscovered Country'.

Why hasn't there been a trailer yet?

That's a really good question. It's currently in post-production at the minute, and the movie isn't due for release until September 25th of this year, so odds are you'll see a trailer in the next couple of months, hopefully sooner. For now, all we can do is enjoy this on repeat.

Zack Snyder's 'Justice League' will be a movie, not a miniseries