Colin Firth and Stanley Tucci starring in a romantic drama together is the love story we never realised we absolutely needed in our lives. 'Supernova' is written by Harry McQueen and will see these two acting giants play a longterm couple on a road trip together.

Sam (Firth) and Tusker (Tucci) have been together for twenty years and are travelling across England in their old RV visiting friends, family and places from their past. The trip has come about following Tusker's diagnosis of early-onset dementia two years ago which the couple are struggling to come to terms with.

As the trip progresses, however, their ideas for the future clash, secrets come out, and their love for each other is tested as never before. Ultimately, they must confront the question of what it means to love one another in the face of Tusker’s illness. 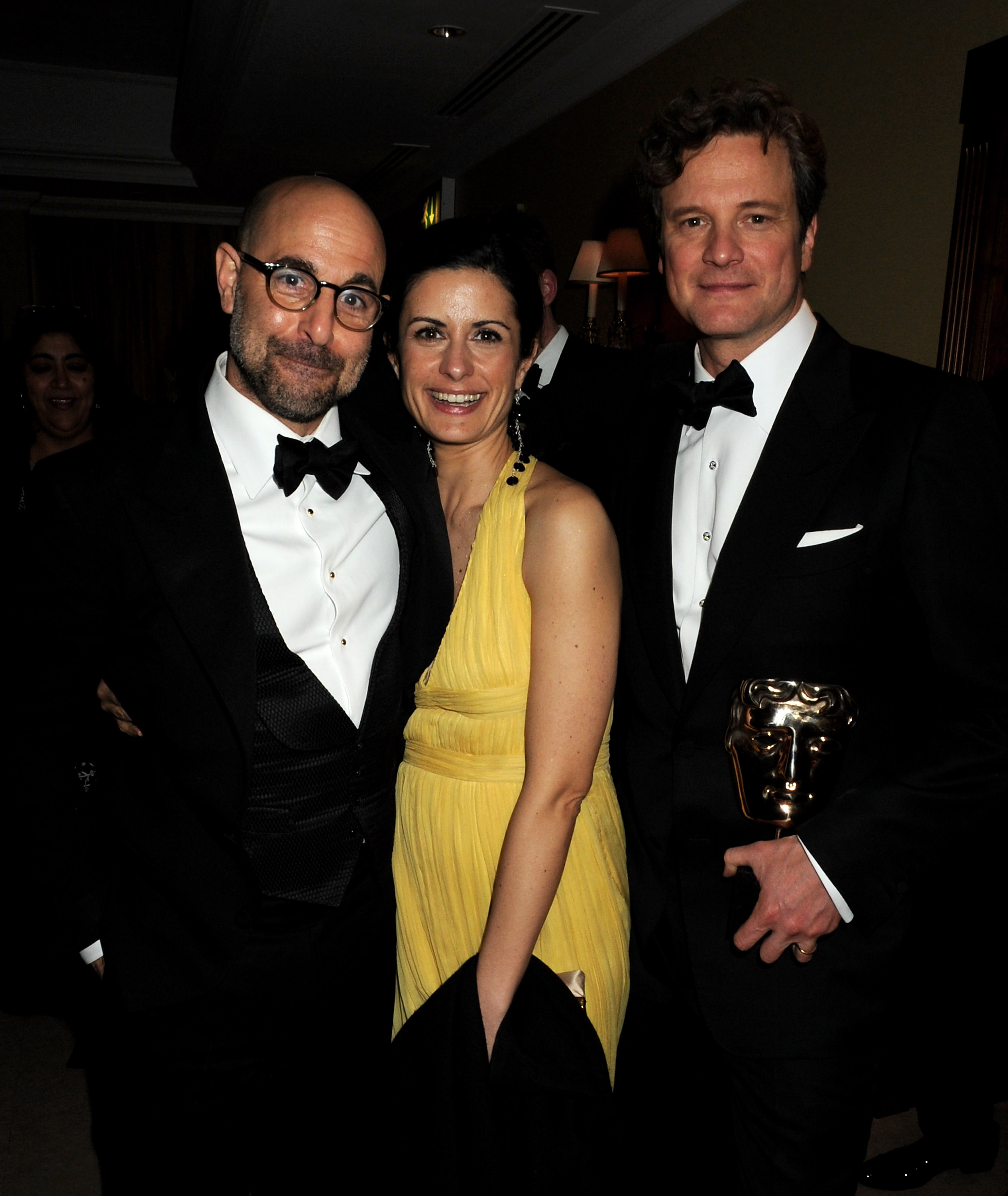 Stanley Tucci, with Colin Firth and his wife Livia Giuggioli

'Supernova' marks the second feature film of 34-year-old actor, writer and director Harry McQueen. His first was the critically acclaimed 'Hinterland' in 2014 which he wrote, directed, produced and starred in.

"‘Supernova’ is a deeply romantic, modern love story,” said Macqueen, who also wrote and directed this film. “It follows two people who are bound together by their love for each other but being pushed apart by the situation they find themselves in. It is an intimate, naked portrayal of a relationship facing a fissure that threatens to cut it to its very core.”

'Supernova' has just wrapped a six-week shoot in England’s scenic Lake District and has already signed early distribution deals, which includes Studiocanal in the UK.

Clémentine Hugot of The Bureau Sales described the film as "every sales agent’s dream, combining strong producers, gifted actors, an elegant script, and a talented director who celebrates love with a mix of witty humour and truly heartfelt, emotional moments. All of these factors are reflected in the quality of the first distributors we have managed to attach so far."

While Alison Meese, head of U.K. acquisitions at Studiocanal, told Variety, "We fell in love with Harry’s beautiful, tender script for ‘Supernova', a story told with such warmth, wit and maturity."

Needless to say, 'Supernova' can't get to our screens fast enough.

It has taken me until this very moment to realise that I’ve wanted a Stanley Tucci x Colin Firth road trip romance my whole life. https://t.co/MVNOpJxCEC

Is it normal that I teared up reading the words “a romance starring Colin Firth and Stanley Tucci as a longtime couple on a road trip” https://t.co/V2URoEWpia

I feel like I have been preparing my whole life for this moment. Wow. Tucci, Firth, romance, AND sweaters?! THIS! WAS! MADE! FOR! ME!

I'm so glad that, now that we are at peak content, people are buying and distributing films specifically and only made for me https://t.co/kw0mFXNEh2

Who said it - Roy Keane or Darth Vader?

David Prowse, the actor who played Darth Vader, has died

Cinemas will reopen across Ireland from December 1st