See, we said 'surface' because it suggests coming out of water, like 'Aquaman' is in water.

Anyway (cough), these new character posters for 'Aquaman' show off the lead cast of James Wan's first swing at a comic book blockbuster. You've got Jason Momoa, obviously, as the title character/Arthur Curry, Amber Heard in there as Mera, and Nicole Kidman as Queen Atlanna. 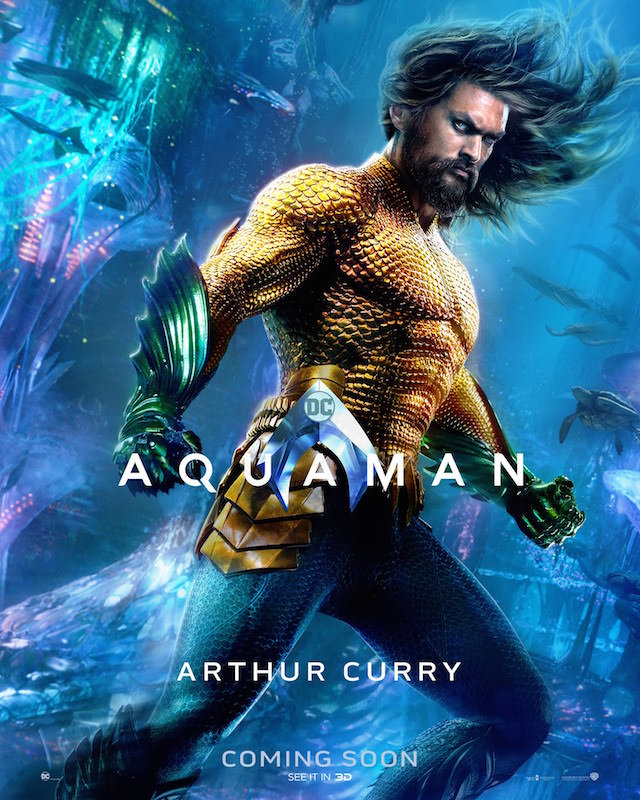 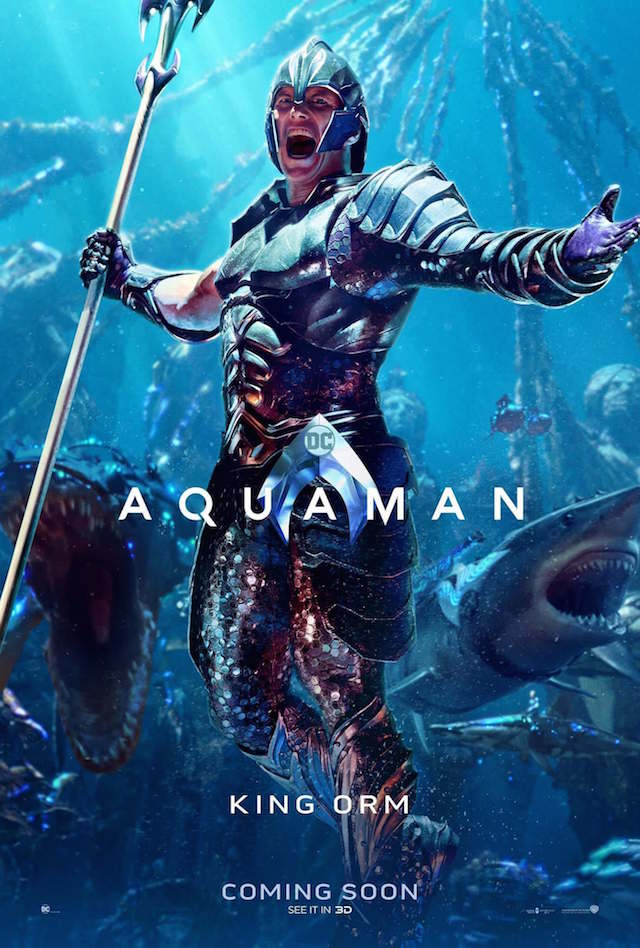 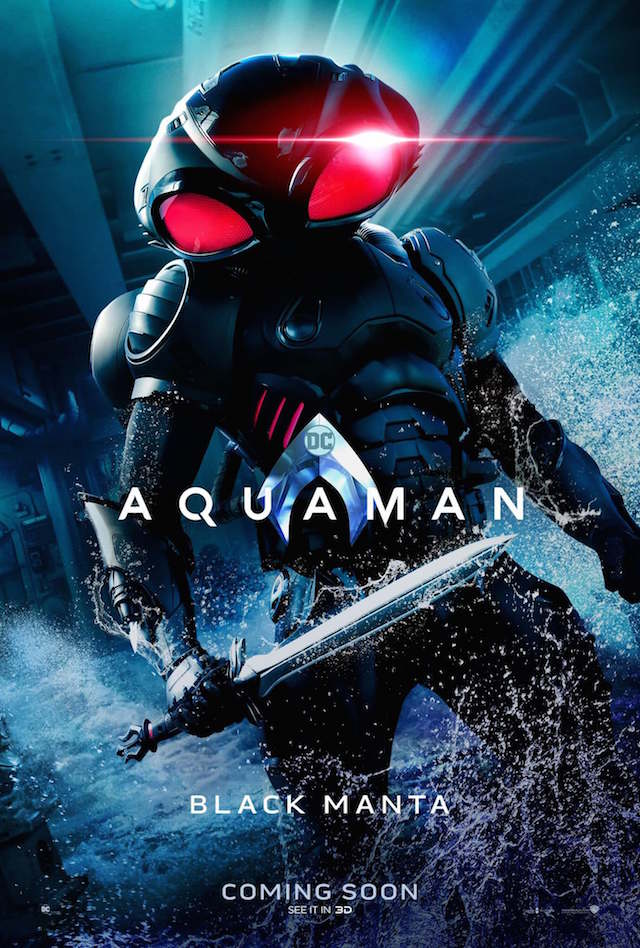 Friend of 'The Filum Show' (he called us once) Patrick Wilson is in there as Orm, and Willem Dafoe's back on the comic book blockbuster beat as Vulko. Dolph Lundgren, meanwhile, plays King Nereus and underneath that giant helmet is Yahya Abdul-Mateen II as Black Manta. 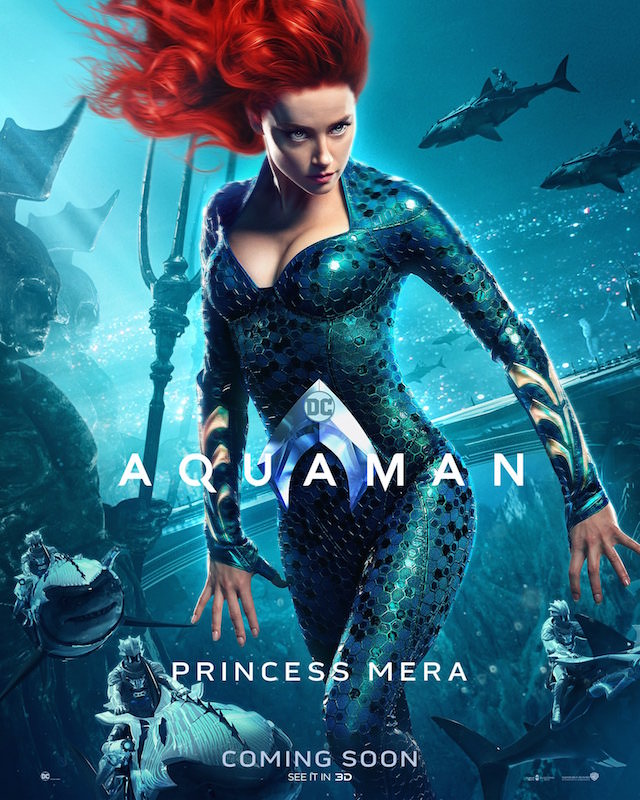 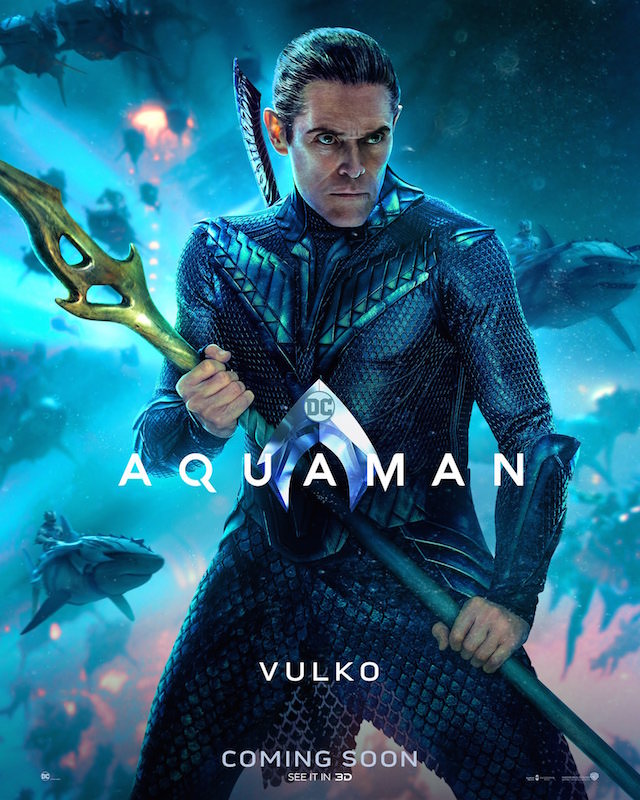 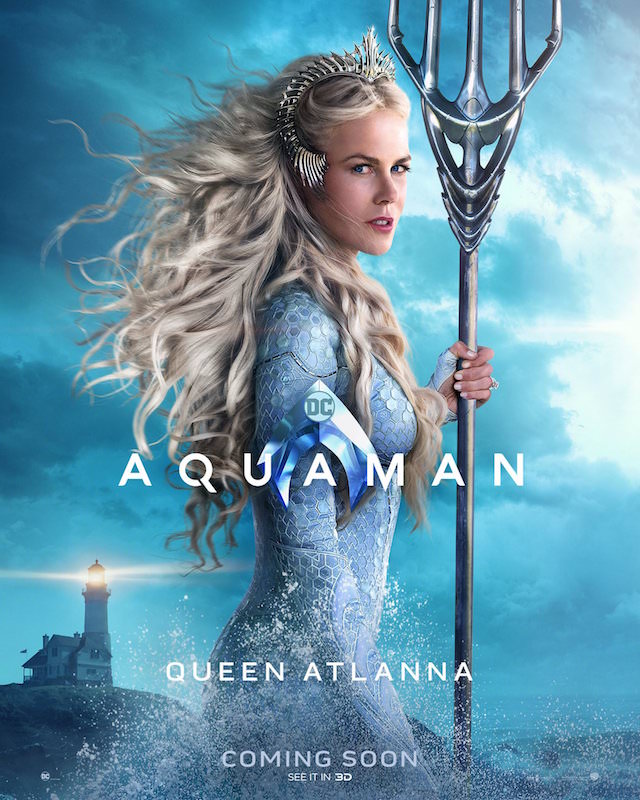 There they all are now.