Dude, 'Bill and Ted Face the Music' gets a brand new trailer

Arriving in cinemas this September

Prepare for another excellent trip with Keanu Reeves and Alex Winter as they return for the final, third installation in the 'Bill and Ted' movie franchise.

The second trailer for 'Bill and Ted Face the Music' has arrived just in time to give us hope that there are still some titles to look forward to later this year - oh, and it's still on track for release in cinemas this September too.

For the final round of fun, the sequel movie will see the titular characters fulfil their destiny by time-travelling to confront themselves in alternate dimensions in order to get a killer band together to save the world. It's 'Bill and Ted' - what else were you expecting?

Here's the poster for the movie, which also stars Samara Weaving ('Home and Away' and 'Hollywood'), Brigette Lundy-Paine ('Bombshell' and 'Atypical'), Kristen Schaal ('The Last Man on Earth' and 'Bob's Burgers'), and rapper and singer-songwriter Kid Cudi. 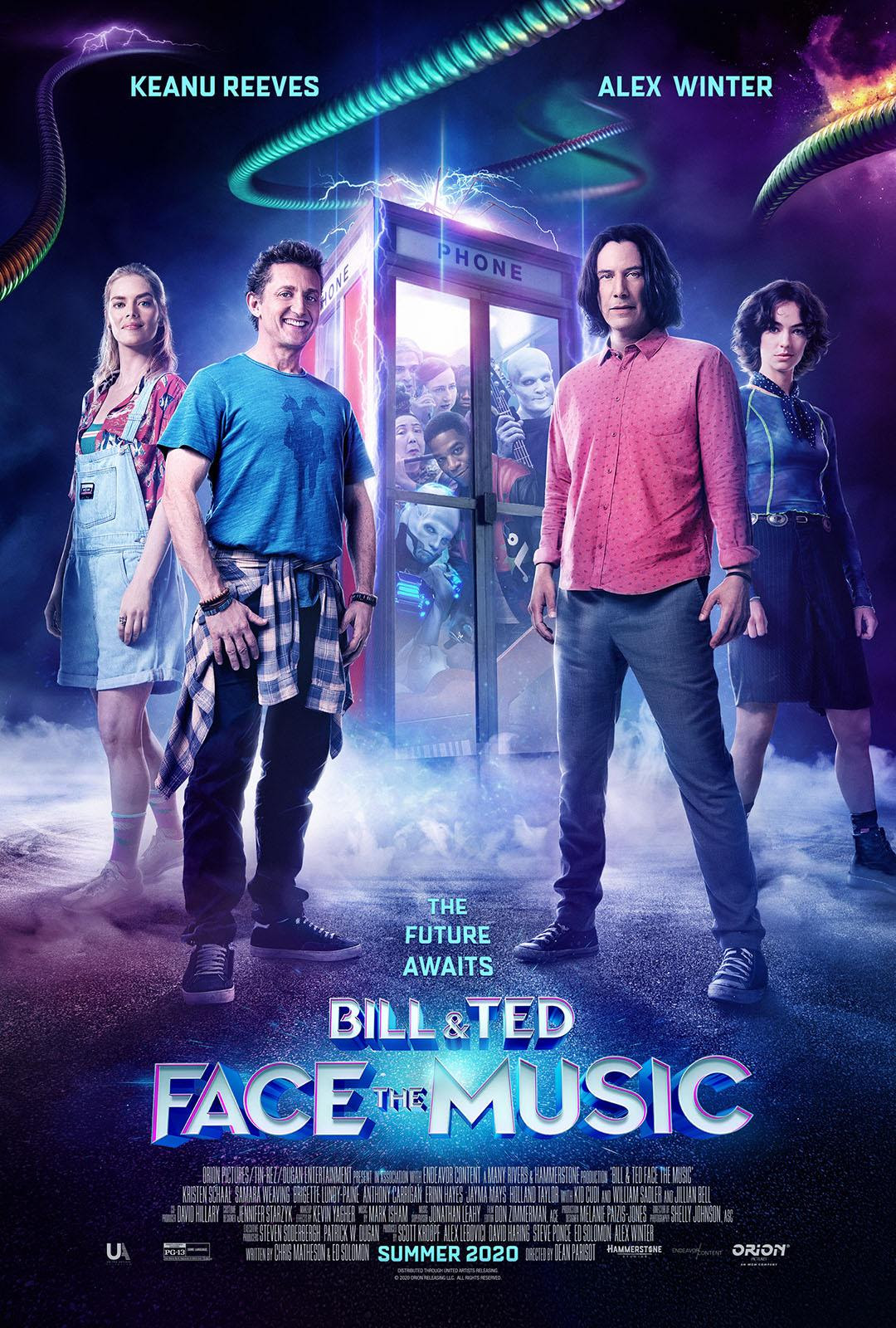 The official synopsis is as follows:

The stakes are higher than ever for the time-traveling exploits of William "Bill" S. Preston Esq. and Theodore "Ted" Logan. Yet to fulfill their rock and roll destiny, the now middle-aged best friends set out on a new adventure when a visitor from the future warns them that only their song can save life as we know it. Along the way, they will be helped by their daughters, a new batch of historical figures, and a few music legends - to seek the song that will set their world right and bring harmony in the universe.

'Bill and Ted Face the Music' is due for release September 1.