Yes, this is an actual movie... that people made

Try not to get your hopes up - this looks like an absolute travesty.

When you think of Jackie Chan, you think of 'Fist of Fury', 'Rush Hour', 'The Tuxedo' - hell, even the 'Jackie Chan Adventures' cartoon. All great within their own right.

And when you think of Arnold Schwarzenegger's past movies, you automatically think of 'Terminator', 'Predator', and 'Twins'. Now please, please, please try to remember these fantastic movies as you attempt to watch the trailer for the pair's new team-up movie.

Called 'The Iron Mask', this is a sequel to 2014's 'The Forbidden Kingdom', which saw Jackie Chan team up with Jet Li. This time around, it's Chan vs. Schwarzenegger, and oh boy does it look... bizarre.

Also starring Charles Dance and Jason Flemyng, the film sees the latter set out for a long journey to China, and involves him encountering strange creatures, Chinese princesses, and something called the Dragon King. 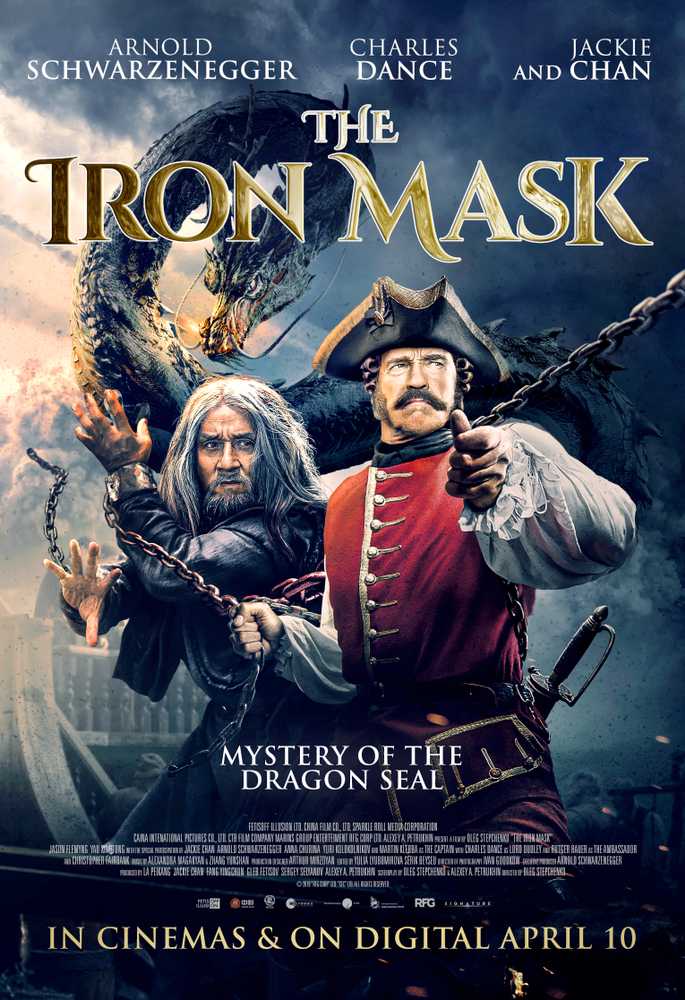 The Iron mask poster with Jackie Chan and Arnold Schwarzenegger.

How Jackie Chan and Arnold Schwarzenegger fit into this storyline remains unclear, while the obvious CGI backdrops and cheesy one-liners between the main cast are also a headscratcher. It's like the creators have taken Schwarzenegger's TV adverts for the 'Mobile Strike' video game, given him a new look, and dumped him into this movie for some unfunny dialogue with Chan.

Now, we don't want to presume anything of course - 'The Iron Mask' could actually prove us wrong and turn out to be a runaway success both with audiences and at the box office. Failing that, it could go down in history as a terrible movie - so bad that it's actually good - gaining underground and cult success.

Who are we kidding, it's going to bomb. Just look at the state of that CGI dragon - if Robert Downey Jr.'s recent 'Dolittle' taught us anything, it's that the world doesn't need more CGI dragons.

Anyway, here's the trailer for potentially one of 2020's strangest (and unnecessary) team-up movies.

We're going to sit tight and see if the movie gets an Irish release date - it's currently scheduled for April 10th in the States.

What movie is the best anti-depressant?

Francis Ford Coppola's revamp of 'The Godfather, Part III' gets a trailer