"If you could, uhh, go ahead and just, umm, read this? That would be great."

20 years on (yup, it turns 20 this week), 'Office Space' remains as iconic and relevant as ever.

'Office Space' follows a number of employees who are sick of their dull everyday work life at a software company. After attending a hypnotherapy session, one of the employees, Peter (Ron Livingston) decides he's done with caring about work. His new attitude has reverberations throughout the company.

Here are a bunch of fun facts about the movie that you may not have known about.

1. ‘Office Space’ was actually a box office flop, making only $12.2 million against a $10 million budget. Instead the movie gained cult status and a sizeable profit on video. The head of Fox's home-release division of the time wasn’t even aware of how well it was performing until he was asked about it during an interview with EW. He looked up the figures online and was astounded.

2. The prop department created the iconic red stapler of ‘Office Space’ for the film. They needed a bright, noticeable colour and chose red. After the film hit cinemas, Swingline began to receive requests from customers for red staplers. However they'd stopped offering the colour for years. Thus popular demand put red staplers back into production. 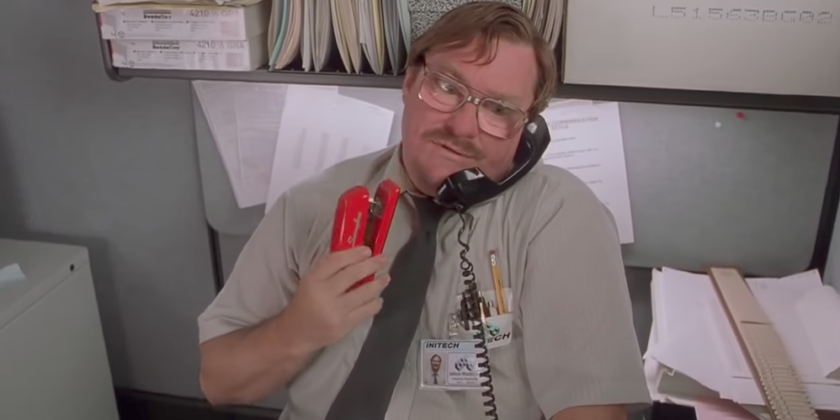 3. Director Mike Judge (also known as the creator of ‘Beavis and Butthead’) was offered a chance to make a sequel called ‘Office Space 2: Still Renting.’ However Judge said that he’d been through so much anguish over the first film that he couldn’t go through the experience again.

4. Because of ‘Office Space’, TGI Friday’s was inspired to quit it with the ‘flair’. Consequently, it had been phased out by the restaurant chain by 2005. Judge said that when one of his assistant directors asked a Friday’s employee about the change, he was told that they “removed it because of that movie ‘Office Space’.” 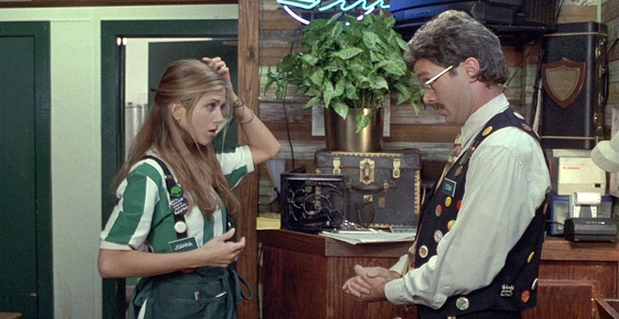 5. The comedy is loosely based on "Bartleby the Scrivener", a short story by Herman Melville, who wrote ‘Moby Dick’. In the story, a Wall Street lawyer hires a new clerk who, after an initial bout of hard work, refuses to make copy or do any other task required of him, answering with the words "I would prefer not to".

6. As of October 2018, the term Ass-Clown officially entered the Webster's dictionary. Judge was credited with first using it in ‘Office Space.’ 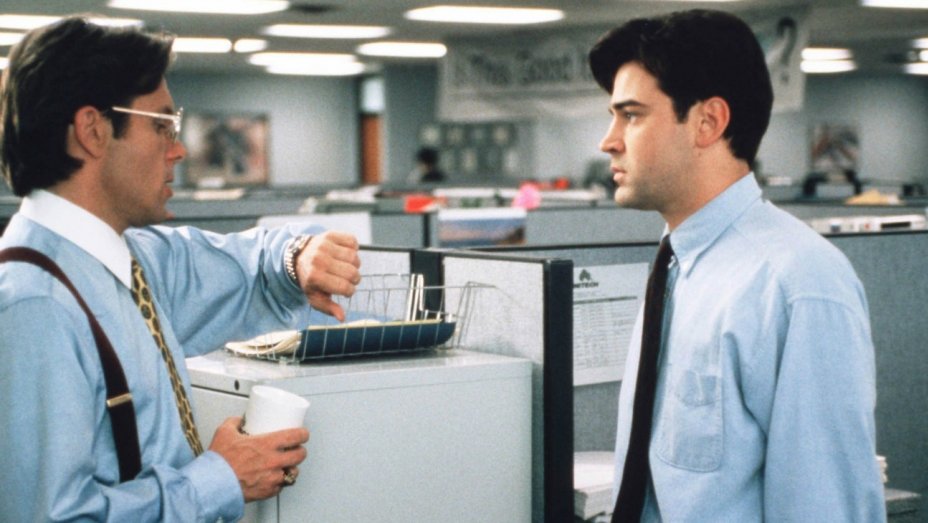 7. Jennifer Aniston's character is called Joanna. This is Aniston's own middle name.

8. Mike Judge said that after the film came out, he received compliments from many celebrities who enjoyed the film. This was in spite of it not being a box office success. Jim Carrey invited Judge to his house and Chris Rock left "the best voicemail ever" (in Judge's words). Plus Madonna took him to dinner.

9. The studio wanted Matt Damon as Peter, but Mike Judge felt the role should not have "star energy". Vince Vaughn and Owen Wilson auditioned for the role of Lawrence, while Ben Affleck was offered the role of Peter Gibbons. Additionally, Kate Hudson was considered to play Joanna.

Keanu Reeves has a buzzcut for 'The Matrix 4'