From Shannon Reed to Gloria 'I'd fiiiiiind you' Cleary

Today is Isla Fisher's 42nd birthday so to mark the occasion, we've decided to pick out five of the Aussie star's best roles.

You may not have realised it, (we didn't) but Isla Fisher was actually born in Scotland to Scottish parents and only moved to Australia when she was six. So who knows, it could have been a British soap instead of an Aussie one that gave her her big break

This noughties version of 'High Fidelity' is a pretty decent watch as rom-coms go. It stars Ryan Reynolds in his pre-Deadpool days who goes through the big romances of his lives with his young daughter one night. It's all about Isla Fisher's character though, who stole the show as April. She loves him, then he loves somebody else, then he loves her, and she loves... well you see where we are going with this.

Forget about Leonardo DiCaprio and Carey Mulligan and their mopey love affair, Gatsby should have been spending his time having the craic with bombshell Myrtle Wilson.

Season 4 and 5 of 'Arrested Development' may have had mixed reviews but we still loved the addition of Isla Fisher to the cast. She played the illegitimate daughter of Ron Howard ("named after where she was conceived"). Rebel may get between Michael and his son George Michael but we still love her.

Undoubtedly her breakout role in Hollywood, Isla was able to flex her comedy muscles as Gloria Cleary. On her part in the film, she remarked: "It was an interesting character to play, because she was so crazy and lacking in any kind of social etiquette. She doesn't care what anyone thinks."

1. Home and Away - Shannon Reed

Your fancy Hollywood is all well and good, but Isla Fisher will always be in our heart for her role as Shannon Reed in Aussie soap 'Home and Away'. This was her first big role and in fairness it was a great training ground as poor Shannon was in a lot of major storylines in her time on the soap. She tackled anorexia, was in the show's first lesbian relationship, and even tried to break up Angel and Shane. T'was all go.

(The image below is terrible quality, as are the clips on YouTube, but there are plenty there if you want to relive the good aul days of Shannon Reed.) 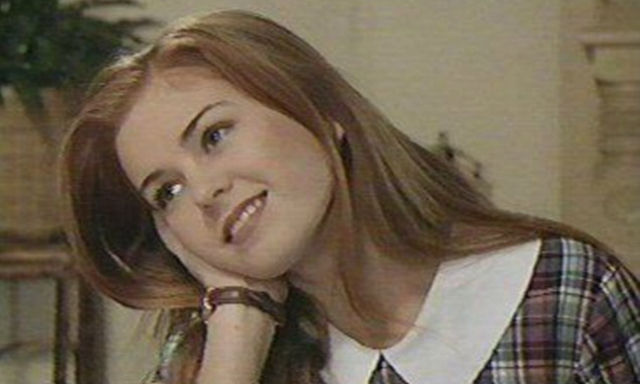 Gary Oldman and NBCUniversal are being sued for 'Darkest Hour'