15 things you didn't know about The Notebook

While Rachel McAdams had already gained fame from 'Mean Girls' at the time of 'The Notebook', it gave Ryan Gosling his star-making role.

Not only that but it was the first major box office success for a Nicholas Sparks adaptation - several of his tearjerker novels would be penned for the big screen following 'The Notebook'.

The success of the romantic drama took everyone by surprise, making $115.6 million at the box office against a $29 million budget.

It had audiences bawling, overwhelmed by the romance and schmaltz. Fans recited quotes like "If you're a bird, I'm a bird" without end. Girlfriends saw it together and/or forced their other halves to watch it with them. It swept up at the Teen Choice Awards.

On its fifteenth anniversary, we're sharing 15 pieces of useless trivia you may not have known about the film.

1. A whole scene was cut out that told the back story about the notebook itself. It was cut as the filmmakers felt it didn't add anything to the feature.

2. Ryan Gosling wore brown eye contacts because he has blue eyes and James Garner, who plays his older self, has brown.

3. Gena Rowlands is the director Nick Cassavetes's mother. Nick is also the son of legendary actor and director John Cassavetes.

4. Most fans of ‘The Notebook’ already know that Ryan Gosling and Rachel McAdams did not get along on set. They often yelled at each other and it got so bad that Gosling requested another actress stand in for Adams. Cassavetes repaired relations by having the two actors sit in a room, talk out their grievances and clear the air. Gosling and McAdams actually ended up dating for a time after the film wrapped. 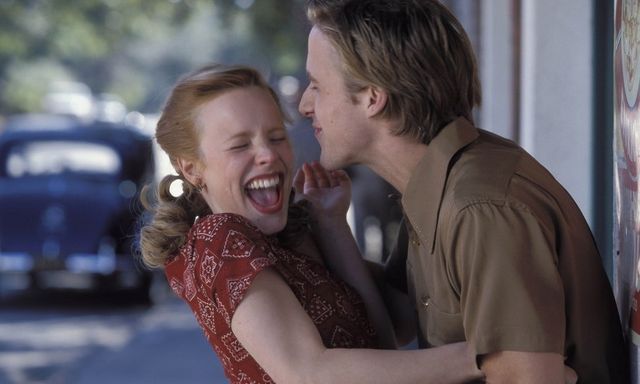 5. ‘The Notebook’ is based on a true story. Nicholas Sparks penned it about his then-wife Cathy's grandparents, who spent more than 60 years together.

6. Jessica Biel auditioned to play the part of Allie. She was in the middle of shooting ‘Texas Chainsaw Massacre’ and auditioned with Gosling in her trailer, while covered in blood. Reese Witherspoon and Ashley Judd were also considered for Allie.

8. Nick Cassavetes was the fourth choice to direct the movie after Steven Spielberg, our own Irish director Jim Sheridan, and Martin Campbell (‘The Mask of Zorro’, ‘Goldeneye’).

9. Rachel isn't wearing shoes in the rain scene because they disintegrated in the water.

10. The movie was filmed in reverse- all the older Allie and Noah scenes (with Rachel McAdams and Ryan Gosling) were filmed first and then Ryan had to lose 20 pounds of muscle over the Christmas holidays and shave off his beard to transform into young Noah. 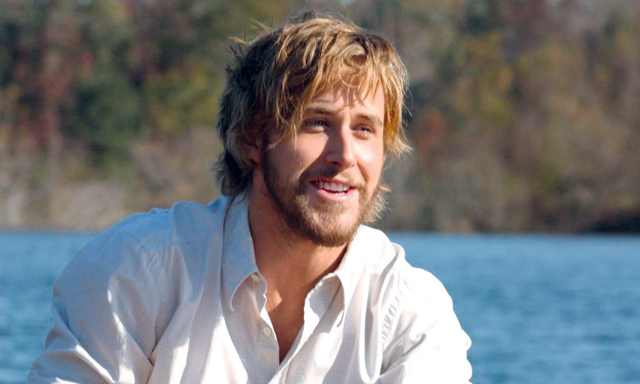 11. Ryan Gosling improvised that iconic line at the end of the movie when Noah confronts Allie and asks, "What do you want! What do you want?" And now it’s a meme.

12. Gosling went method for his role as Noah, spending two months doing things like living in Charleston, South Carolina, rowing the Ashley River every morning, and building furniture. He built the table that features in the dinner scene.

13. The pictures of an older Allie and Noah through the years are actually the personal photos of Gena Rowlands of her and her husband John Cassavetes. James Garner's face is photoshopped in over John's face.

14. When we are first introduced to the young Allie and Noah, they are wearing the same colors worn by the older them in the beginning of the film. This gestures at them being the older versions of Allie and Noah.

15. The movie has a different ending on Netflix. The streaming service’s version fades to black after older Allie and Noah hold hands in bed, completely skipping the scene where the nurses discover that they both died in each other’s arms overnight.