11 useless pieces of trivia about 'Watchmen'

'Watchmen' wasn't exactly a box office success when it hit cinemas ten years ago today. However, the film has gained something of a cult status in the intervening years.

'Watchmen' is set in an alternate America in 1985. Superheroes exist but their team, the Minutemen, has been disbanded. After the Comedian is murdered, Rorschach gathers some of his former colleagues to investigate.

'Watchmen', like the graphic novel series it was based on, took risks. It provided an insightful, cutting political and social commentary that wasn't always comfortable to bear witness to. It was dark and smart. Arguably, it may be more relevant today than ever.

To mark its tenth anniversary, here's some trivia you may not have known about the movie.

2. The first trailer for the film premiered with 'The Dark Knight'. It sparked so much interest that it sent the graphic novel back onto the bestseller list, and booksellers reported selling out of the novel nationwide.

3. Jackie Earle Haley was the only one of the main actors who was already familiar with the comic book. He actively campaigned for the part of Rorschach. 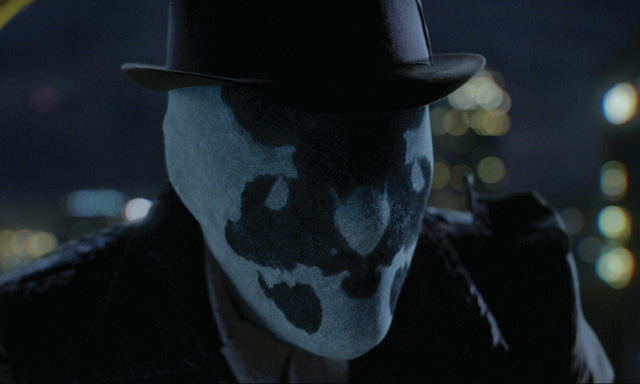 4. Billy Crudup wore a specially-designed motion capture suit and face markers on set to eliminate the need to shoot his movement for CGI character Doctor Manhattan on a separate "motion capture" stage. To provide the effect of Doctor Manhattan's eerie glow, Crudup's suit was studded with 2500 blue lights. Thus, Manhattan's glow follows his movements more closely than an on-set light could, and illuminates his surroundings in a more convincing manner than a computer effect would.

5. Of all the Watchmen, Rorschach and Doctor Manhattan are the only two that never curse. Unlike the film, the graphic novel does not include a single instance of the f-word. And here’s another NSFW fact for you – ‘Watchmen’ is the first DC Comics film to show nudity. 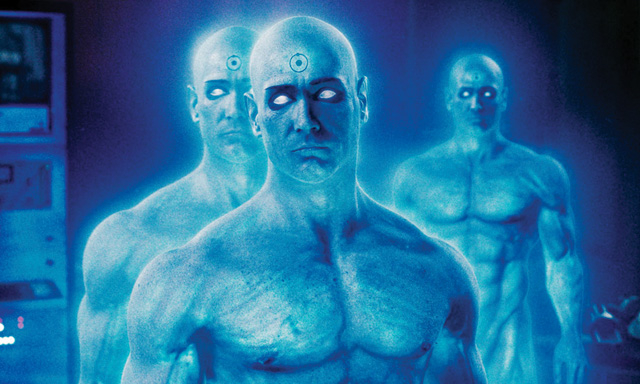 6. All of the American flags in the film have 51 stars, because in the film's alternate history, Vietnam became the 51st state after America won the Vietnam War.

7. Zack Snyder found casting for the Comedian particularly difficult. Most of the actors he met with, he felt were too groomed. He wanted a gruff, grizzly character in the Comedian. Jeffrey Dean Morgan was very grumpy during his meeting with Snyder, which appealed to him.

8. Patrick Wilson gained 25 pounds to play the overweight, out-of-condition Nite Owl II. Wilson was cast after Zack Snyder saw his performance in 'Little Children', in which he co-starred with Jackie Earle Haley. 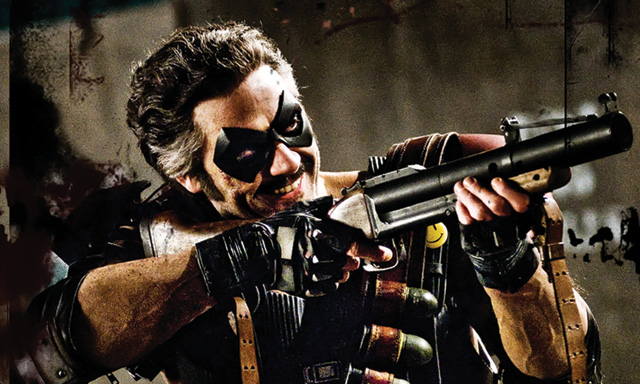 Jeffrey Dean Morgan as The Comedian

9. Aside from Terry Gilliam, Darren Aronofsky, Paul Greengrass, Michael Bay and David Hayter were all attached to direct at various points. Sam Hamm (writer of Tim Burton's ‘Batman’) wrote a screenplay for Gilliam but he decided the material was unfilmable. Later, Warner felt uncomfortable with Aronofsky’s desire to set the film in the present day, replacing Vietnam with Iraq and terrorism, and hired Snyder instead. Tim Burton also almost directed the film, with Johnny Depp as The Comedian. Then he began work on ‘Sweeney Todd’ and passed on the offer.