10 Sci-Fi Movies You Need To See Before You Die

From 'Stalker' and 'Moon' to 'Blade Runner' and 'Close Encounters of the Third Kind', we're counting down 10 of the most essential sci-fi movies ever made.

Although sci-fi is often associated with big thrills and bigger budgets, it doesn't always have to be.

Sci-fi movies can be just as mind-bending as it can be visually engrossing without blockbuster-sized budgets. With smart writing and committed performances, sci-fi movies have the ability to transcend time and convention to do something truly unique and unlike anything you're likely to see in other genres.

Here are ten sci-fi movies that are essential and required viewing.

People are only just now cottoning on how to good an actor Sam Rockwell is, thanks to award-winning turns in the likes of 'Three Billboards Outside Ebbing, Missouri'. This little gem from 2009 was directed by none other than David Bowie's son, Duncan Jones. Made for a relative pittance in sci-fi terms - just under $5 million, all in - 'Moon' explores the nature of facing your self in literal terms. Sam Rockwell's character discovers a clone of himself during his mining operation on the moon and is forced to come face to face with his own personality problems. It's a probing examination of how we view ourselves, all wrapped up in a small sci-fi movie with a great soundtrack from Clint Mansell.

It's something to do with time travel. Maybe. A group of engineers somehow create a device that allows time-travel but was originally intended for making things smaller. Trippy, we know. Like some of the best sci-fi movies, it was made on a tiny budget - $7,000 in this instance – but the themes and the story itself are way bigger than anything you could possibly imagine. Don't overthink it. Just experience it.

More than anything else, 'Close Encounters Of The Third Kind' tells us that something that we don't understand isn't necessarily something to be feared. If anything, it can be something beautiful and wondrous, something that will change you entirely. Richard Dreyfuss is an average working electrician who encounters a UFO on his way home from a job. Like anyone else, he is sceptical but little by little, we're drawn into his obsession with finding out what it is he saw. Even to this day, the special effects still hold up to scrutiny and, of course, John Williams' epic score gives it that wonderful bit of magic.

If 'Close Encounters' had you thinking aliens were a friendly, music-loving bunch, 'Alien' is going to change your mind entirely. 'Alien' may not have been the first example of sci-fi horror, but it's by far the best. Director Ridley Scott guides you through what is essentially a home-invasion / haunted house story set on a mining spaceship. Sigourney Weaver stars in a career-making role as Warrant Officer Ripley, a no-nonsense crewer aboard the Nostromo, their spaceship. Awoken from hyper-sleep by the ship's AI, they're ordered to land on a mysterious planet by their corporate paymasters in search of something truly sinister. The film just oozes tension, dread and gave birth to one of the most unforgettable antagonists in modern film.

There is so much in 'Arrival' that can't be explained easily or without giving away large chunks of the story. On the surface, it reads like dozens of alien/sci-fi movies. Twelve crafts appear in various locations around Earth, as each nation tries to understand and communicate with the alien species therein.

Amy Adams plays a linguist who attempts to reach them by talking to them directly. That's really just the surface level, as underneath, there is a rich story about language, the way in which we as a species interact with one another, and how culture and nationhood is a paradoxical concept to our own species and understanding of the universe. Basically, it's a mind-bender.

'Stalker' is the kind of movie that just doesn't get made anymore, precisely because it broke the mould. It's by no means a movie that one could call entertaining, or even remotely close to what you'd expect from a sci-fi movie. It's an example of how sci-fi is malleable and can take in any idea or concept and funnel from it something utterly unique. Two men, a professor and a writer, are guided into a lush area known as 'The Zone' where a place that all desires and their deepest wishes can be fulfilled. With long, uninterrupted takes and complex philosophical questions, 'Stalker' is not for everyone - but it is worth experiencing. 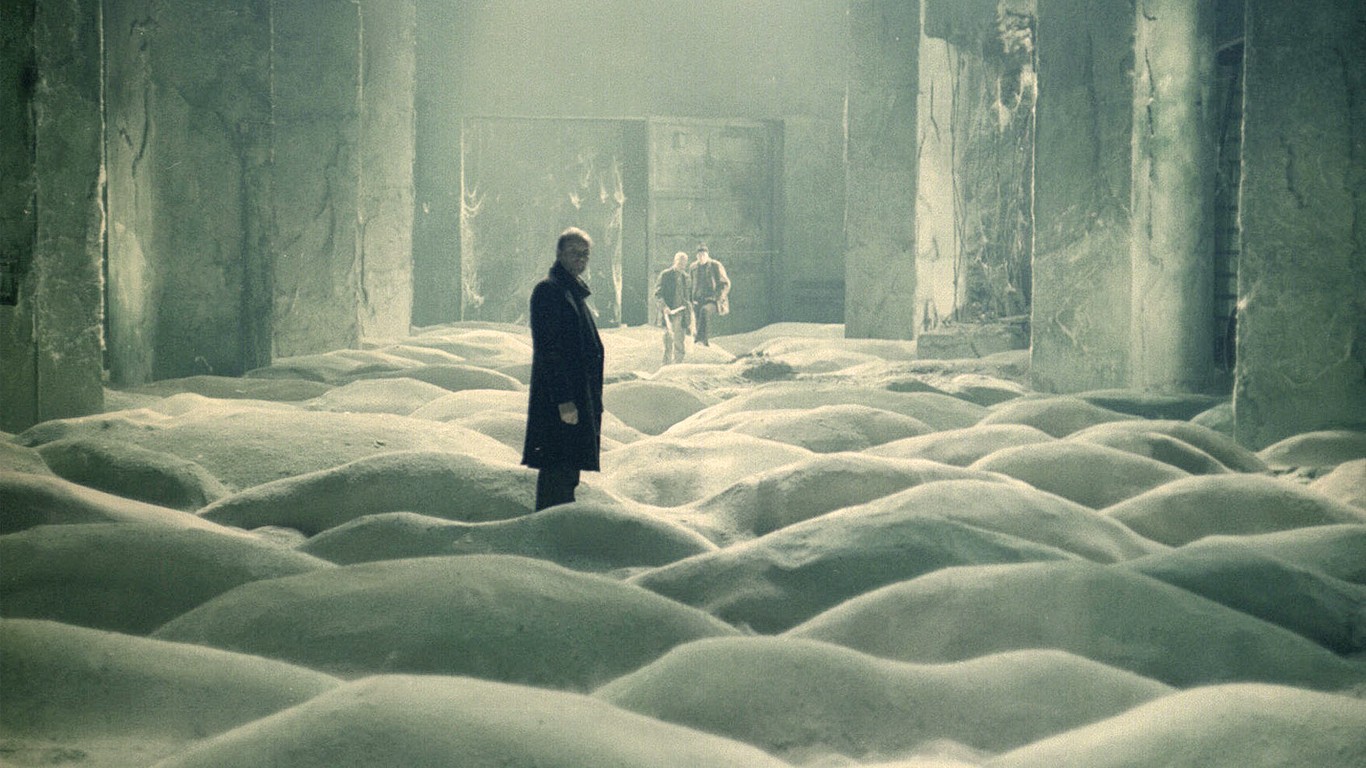 You've probably noticed that very few films in this list are from the past ten or twenty years. This is because Hollywood stopped taking chances and it could be argued that 'Blade Runner' is, in part, probably the reason why. It was way too ahead of its time and is only now starting to be fully appreciated for what it was.

Harrison Ford – arguably his best role – plays Deckard, a retired detective who specialises in hunting down human-like robots, known as Replicants. It starts off a straightforward film; Ford finds the bad guys and takes them out. As the film progresses, it goes more into what makes us human, what memories are our own and the value of life itself. It's heavy stuff, but visually incredible and like nothing you've ever seen before.

With 'Star Wars' now becoming an annualised event at the cinema, 'The Empire Strikes Back' may be somewhat lost in all of the new efforts. Looking back on it, it still holds up a perfect example of high-flying space opera. You've got the thrilling asteroid chase with the Millennium Falcon, the epic lightsaber battle (and the reveal) with Luke Skywalker and Darth Vader, and throughout, a gripping story of revenge, romance and rescue told with the kind of gusto that can't be faked or replicated.

It's no surprise that Steven Spielberg is on this list more than once. He's considered one of the greatest directors of our time and 'Jurassic Park' is a movie that still stands up, over 25 years after release. If you've never seen it, you never had a childhood. Sam Neill is a palaeontologist brought to a secretive island in the Pacific Ocean where dinosaurs have been brought back to life through the use of cloning.

As with all things, it eventually goes wrong and the dinosaurs are on the loose. While 'Jurassic World' did have some of the same DNA as the original, it didn't have half the charm and sense of visual wonder that 'Jurassic Park' has. It also didn't have Jeff Goldblum either.

It's really says something about a director that is able to cross genres and create some of the best examples in that genre. 'The Shining' is, without a shadow of a doubt, one of the best horrors ever made. 'Dr. Strangelove' is one of the sharpest examples of satire and comedy you'll ever see. '2001: A Space Odyssey' is a touchstone for all of science-fiction after it. There really is no debating the matter. It began the genre in earnest and has yet to be topped in any meaningful way.

The film covers such huge topics – the universe itself, the evolution of man – and it does in a way that is baffling, visually stunning and like nothing that was ever seen before and has been seen since. For a film that's over 50 years old, the special effects look better than some you'll see in this day and age. Leaving that aside, what '2001: A Space Odyssey' does better than any other sci-fi movie is rigidly force the viewer to think about what they're seeing and try and make sense of it. It's deliberate, and there's a creative choice made in each and every scene of it. Nothing is left to chance, and if you've seen it on a big screen, you get just how awe-inspiring it was and still is.

'Nomadland' will probably win the Best Picture Oscar, but should it?

'The Conjuring: The Devil Made Me Do It' gets a scary official trailer

'Furiosa' will be the biggest movie ever made in Australia